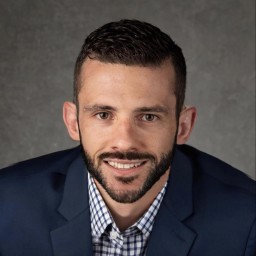 Below, we introduce the term and its origins before suggesting some techniques to try for your brand. We round things off by showcasing six of the most high-profile examples of guerrilla marketing that we hope you can take some inspiration from.

What is Guerrilla Marketing?

Guerrilla marketing is all about evoking shock or wonder in your potential customers. It’s daring and surprising, and it helps your brand stand out from the competition. The term was coined in the 1980s by business writer Jay Conrad Levinson, who published his seminal work entitled, Guerilla Marketing: Cutting-Edge Strategies for the 21st Century.

Naturally, the landscape of guerrilla marketing has changed over the years, particularly now as marketing is carried out predominantly in the digital world. But it’s still about creating awe and wonder when a client looks at your content.

When you hear the term guerrilla, your mind is cast to scantily-clad forest fighters who are fighting for independence for their people. Their actions evoke shock, and there’s an element of fearlessness to their approach. As such, it’s the perfect analogy for marketing that is very much outside the box.

There’s debate as to whether graffiti is street art or criminal damage. The key is to how graffiti is created. Of course, make sure you have permission to deface the wall on which you’re going to create your masterpiece. Then, providing you produce something that is eye-catching and well put together, graffiti can be an excellent way to captivate people’s attention.

Some of the best guerrilla marketing examples over the years have been publicity stunts, as we explore in our examples. Whether a feat of incredible endurance or a captivating statement in a very public place, publicity stunts are an ideal way to grab the attention of passers-by and attract people to your business or cause.

Organizing a group of people to come together to perform an action or task at a pre-arranged time is an effective guerrilla marketing technique. They might be random members of the public or hired actors, but the fact that lots of people join in the stunt enables you to capture the imagination of passers-by.

Although there’s no right or wrong way to perform guerrilla marketing, let’s now take a look at some real-life examples that have truly captivated audiences around the world.

Six High-Profile Guerrilla Marketing Campaigns that Made a Difference 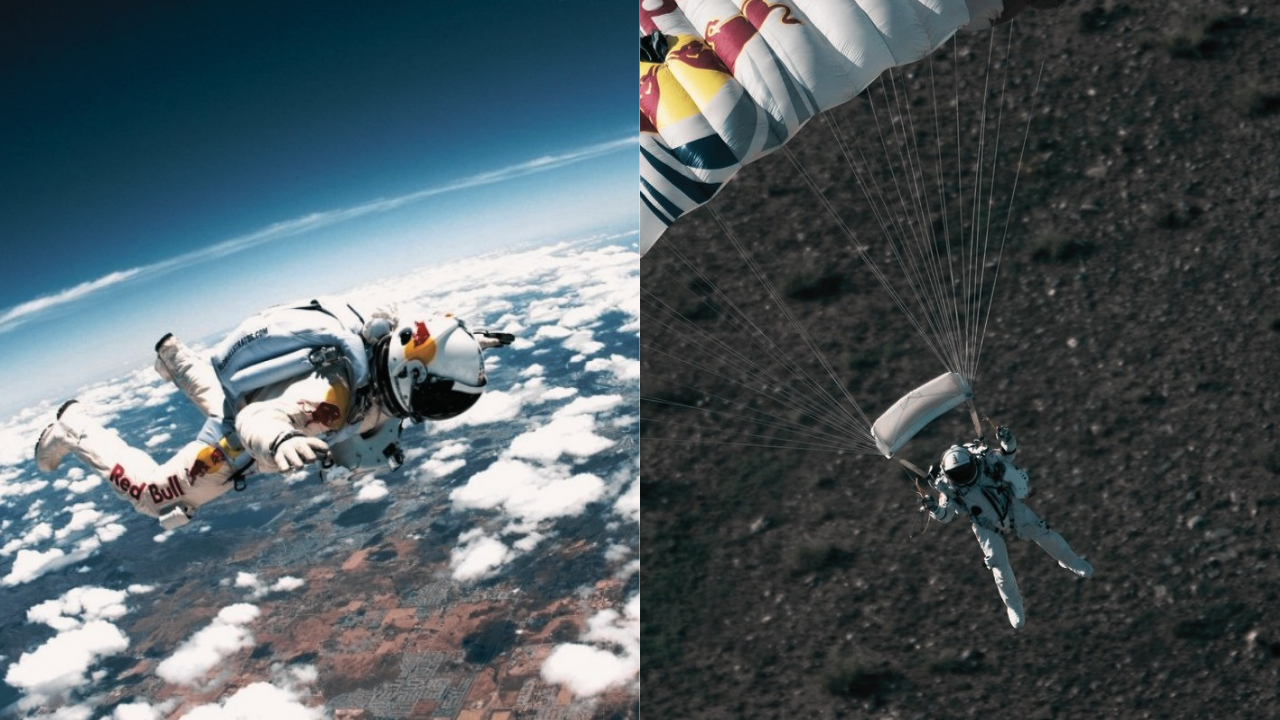 On October 14, 2012, Felix Baumgartner ascended to a height of 24.5 miles (128,000 feet) in a stratospheric balloon before free-falling back to earth. He accelerated to a speed in excess of 834 mph during a four-minute free fall, before initiating his parachute and landing back on earth as if nothing out of the ordinary had happened.

It was a record-breaking skydive and also broke records for being the most-watched live broadcast on YouTube at the time. Before hurtling back to earth, Felix said: “Sometimes, you have to be up really high to understand how small you are. I’m coming home now.”

As well as being utterly captivating, the freefall was an incredible marketing achievement for both Red Bull and GoPro and went down as one of the most memorable guerrilla marketing campaigns in history.

In 2009, Unicef wanted to raise awareness of the fact that 4,000 children die every day from diseases caused by unsafe drinking water. So, they filled a vending machine with bottles of dirty water and took it to the heart of New York City.

As horrified onlookers passed the vending machine, many were motivated to donate, either by posting bills through the machine or by sending a text message and donating from their bank account.

Although not for profit, Unicef’s campaign brought a problem directly in front of people who could do something about it, which led to an increase in donations and more awareness about such an important global issue. 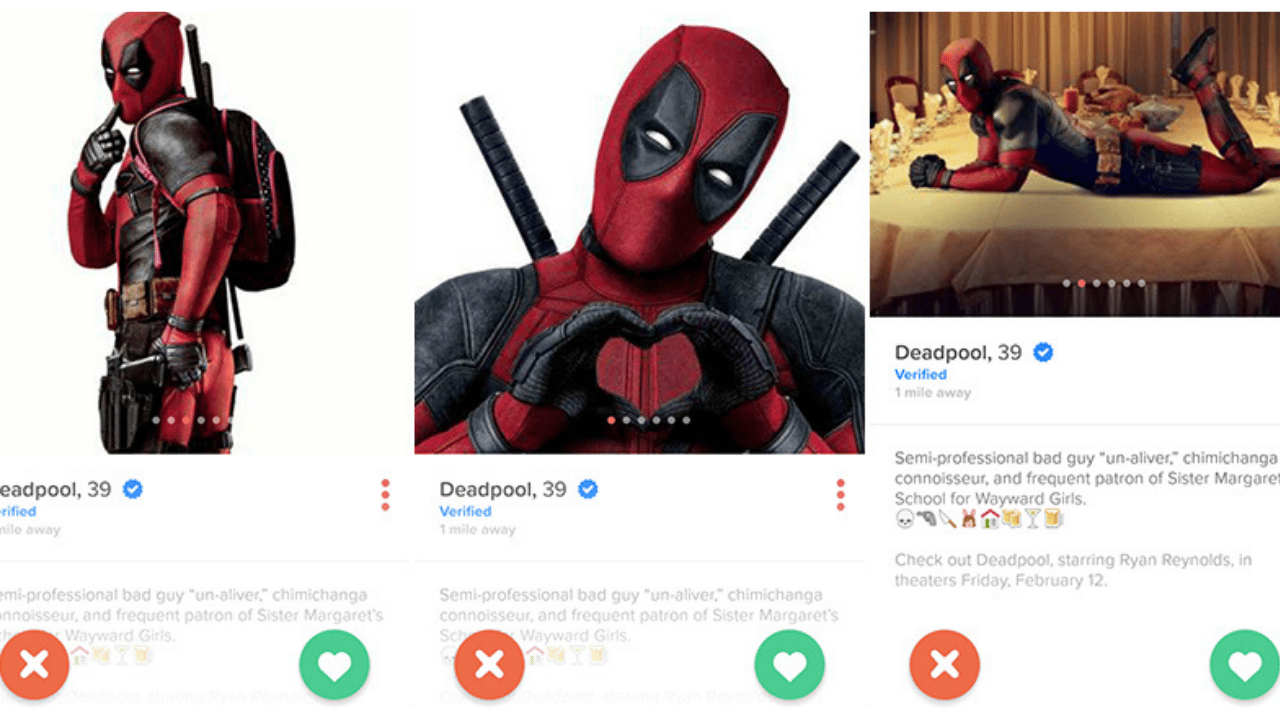 A joint marketing campaign saw the popular dating app Tinder create a profile for the comic anti-hero Deadpool before the movie’s release in cinemas on Valentine’s Day.

Deadpool popped up on the feeds of thousands of Tinder users, and if they swiped right to match with the hero, they would be directed a link to buy tickets to watch the movie.

Given that Tinder can’t normally be used to market products, users saw the novelty in this campaign and quickly shared screengrabs to social media. It wasn’t long before everyone wanted to swipe right to get a piece of the action with Deadpool. 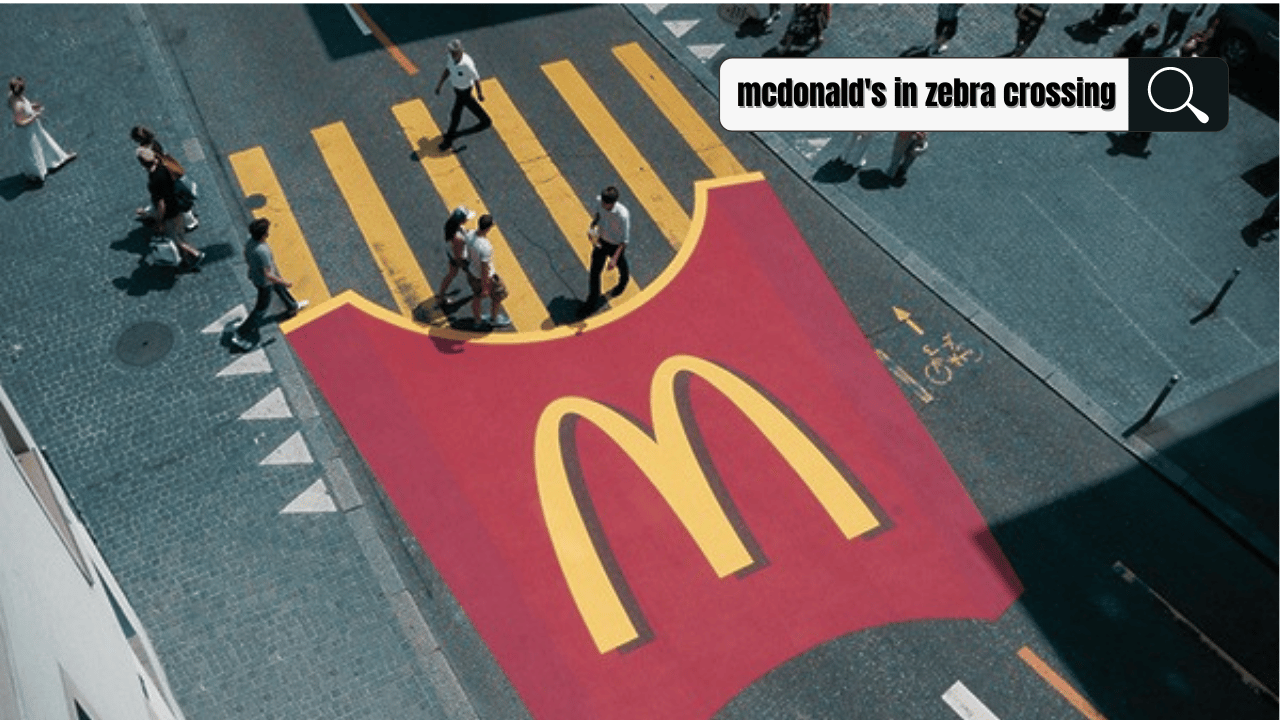 During Zurichfest - one of Switzerland’s busiest food festivals - in 2010, there was a lot of competition in the city. It led McDonald’s to create street art by painting their signature French fries on a zebra crossing outside of their restaurant in the city.

The famous golden arches and red packaging were unmistakable, providing a talking point for everyone who crossed the road on the way to the food festival.

If they didn’t find something to take their fancy over the road, there was always McDonald's. After all, there is always a Mcdonald's, no matter where you are! 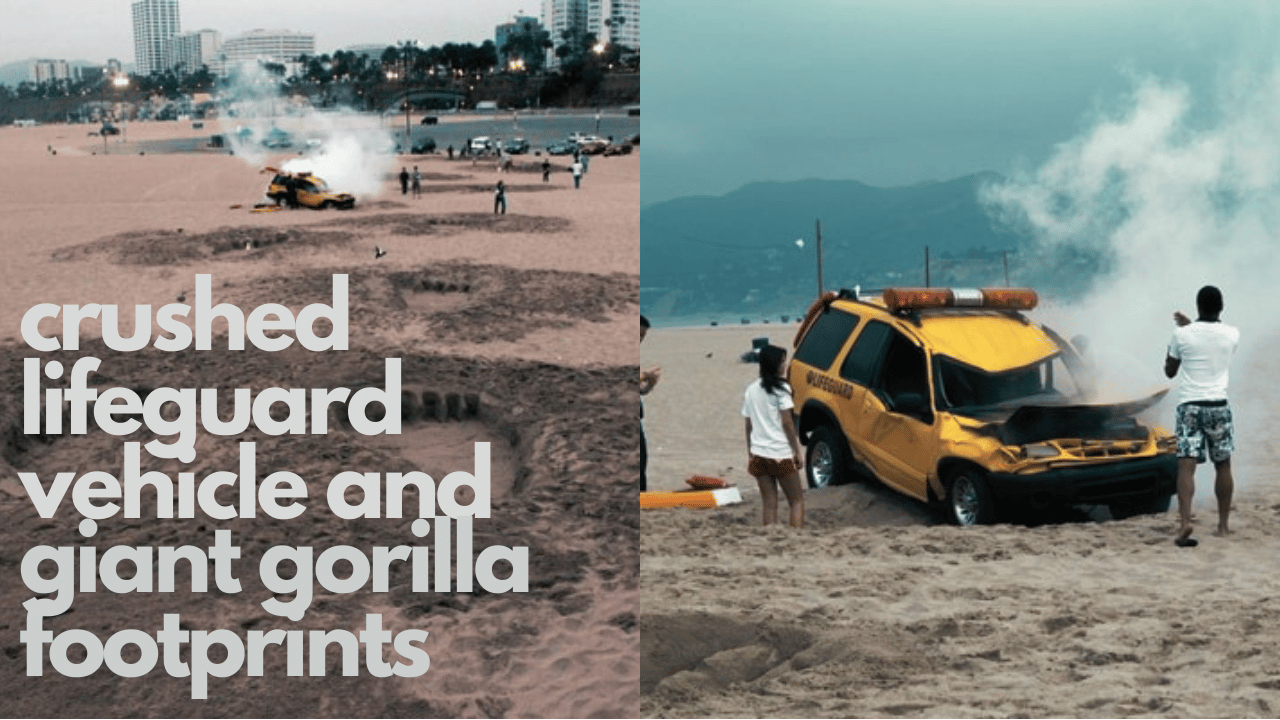 In anticipation of Universal’s launch of their new King Kong 3D attraction, marketing firm David&Goliath were tasked with staging a beach to show that it had been destroyed by the giant gorilla on its way to the park.

The Santa Monica beach was staged with a crushed lifeguard vehicle and giant gorilla footprints, in an example of gorilla (see what we did there?) marketing that we can all get on board with!

Today, the attraction is super popular at Universal Studios, and the marketing tactics employed by the park are another great example of how to captivate the attention of your target audience.

Canadian NGO Raising the Roof wanted to raise awareness of youth homelessness in the country. So, at the foot of a commercial building and on the adjacent street, they painted a poster that read: “If this poster were a homeless youth, most people wouldn’t even bother to look down.”

It’s one of the simplest yet most effective guerrilla marketing campaigns we’ve come across. After all, what more needs to be said?

The striking poster immediately evokes feelings of regret or guilt and raises awareness of the plight of young homeless people in Canada. Job done.

Guerrilla marketing has the potential to transform your brand if you get it right. It’s out-of-the-box thinking that inspires awe and encourages your audience to immediately want to find out more.

Whether it’s plummeting from the stratosphere back to earth and breaking the speed of sound or trying to hand New Yorkers dirty water from the third world; any campaign that makes people sit up and take notice can work wonders for your brand.

Corey Philip is a small business owner / investor with a focus on home service businesses.